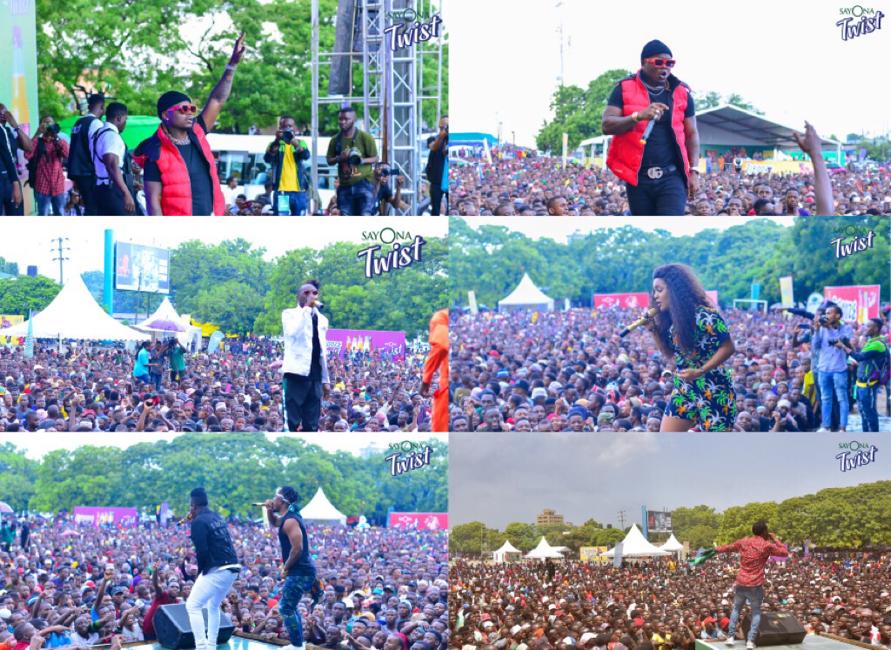 On Saturday, 1st February 2020 at the Mwembeyanga grounds in Temeke, Dar es Salaam, patience and loyalty were tested, and Sayona Twist consumers passed with flying colors.
The first Jipooze Concert was set to take place and it started with a BANG, drawing in hundreds of locals who were captured by the ongoing entertainment. Many could be seen quenching their thirst with bottles of the different Sayona Twist variants as they eagerly waited for performances from Harmonize and other artists to begin.
Just as the artists began to perform, it began to pour. Heavy rainfall graced the Mwembeyanga grounds for over 2 hours straight, but they were no match for the fans and consumers who knew exactly what they wanted. They wanted a taste of Sayona Twist and a taste of entertainment and that is exactly what they got. It was a sight to see and a story to tell. 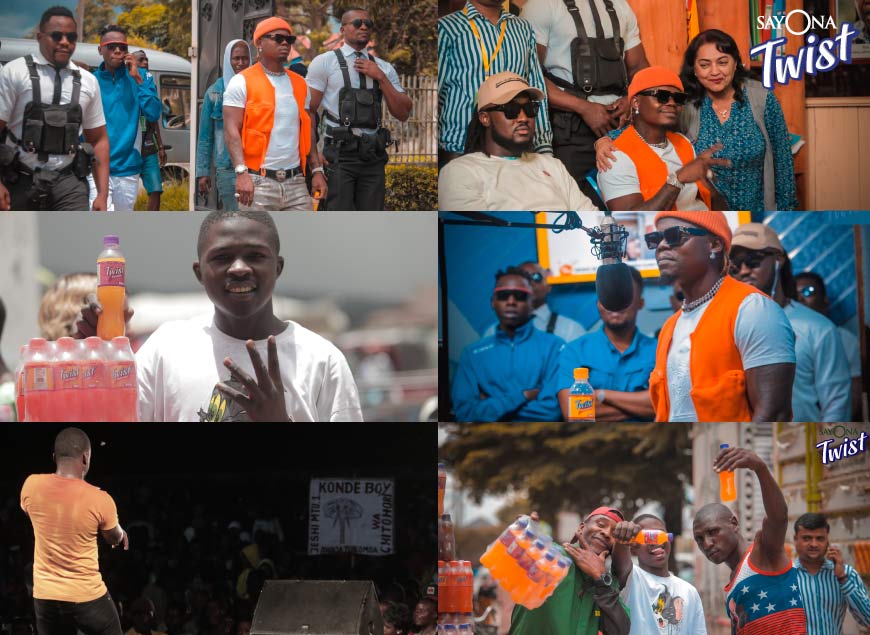 RE- LAUNCH OF SAYONA TWIST